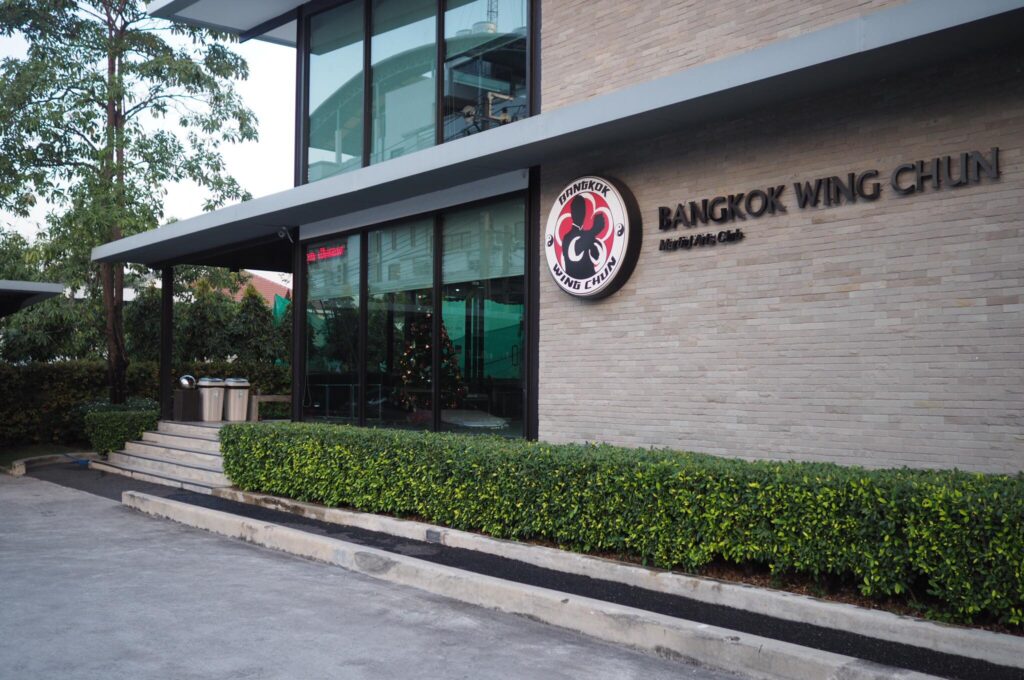 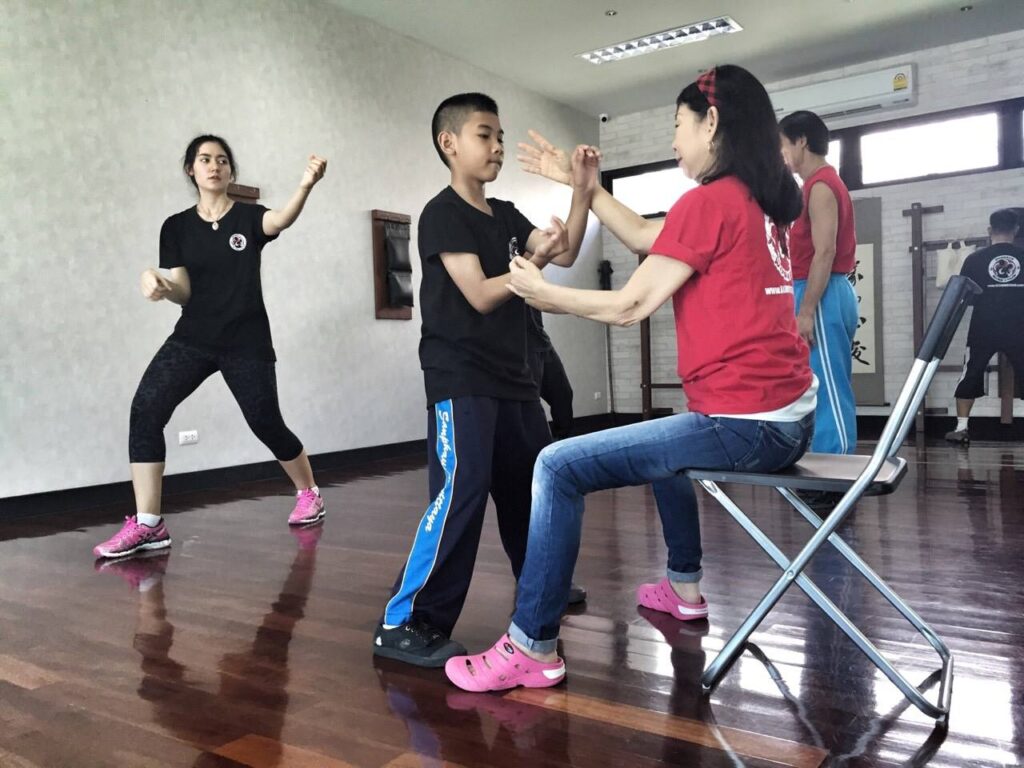 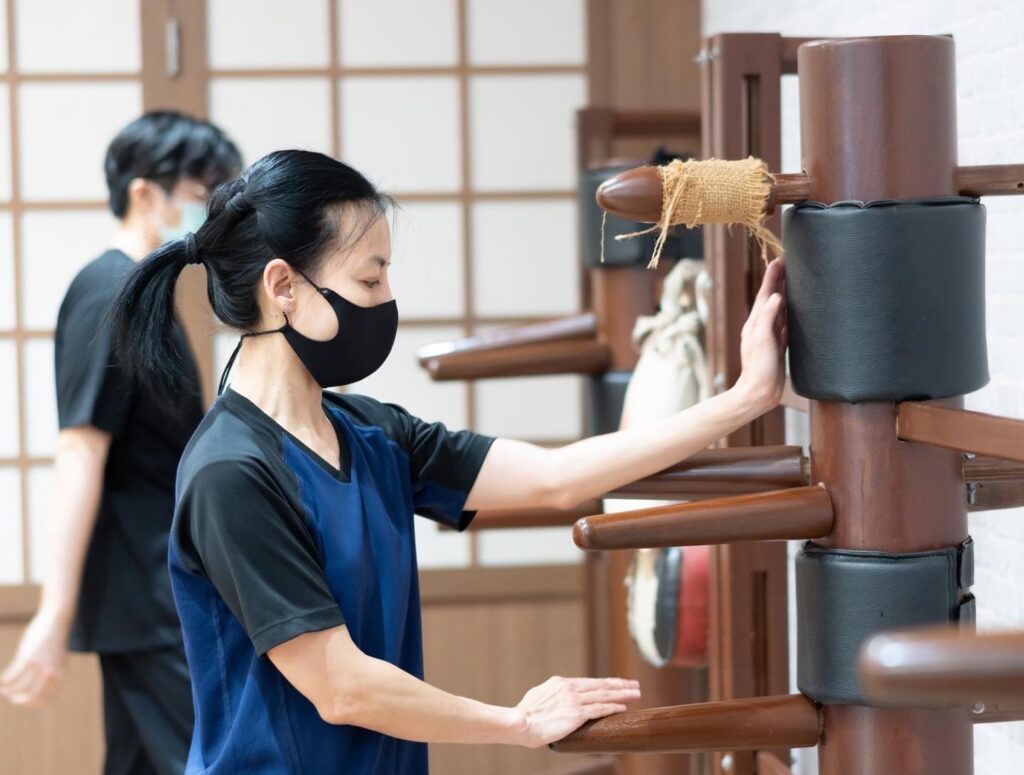 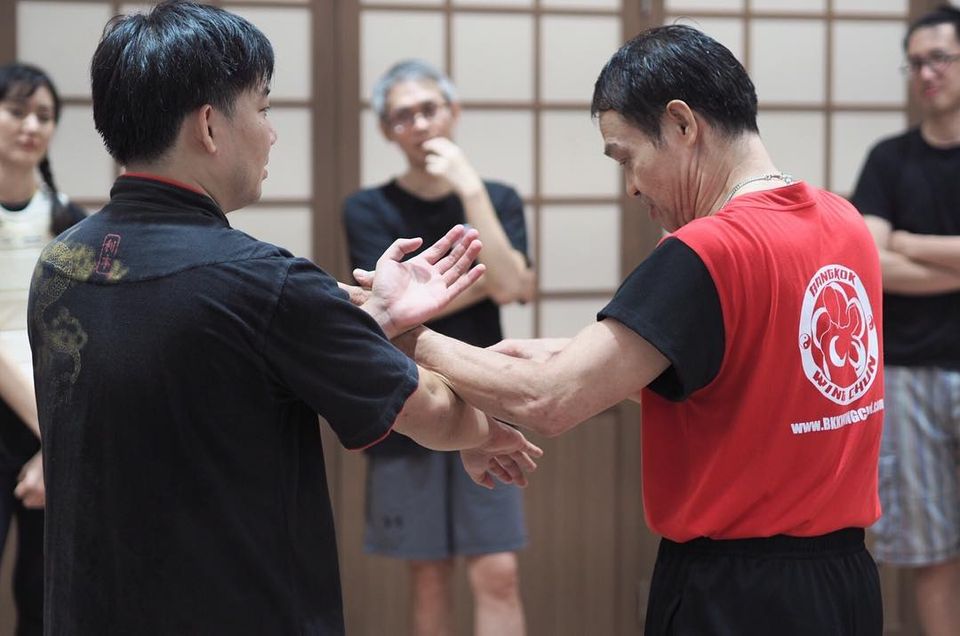 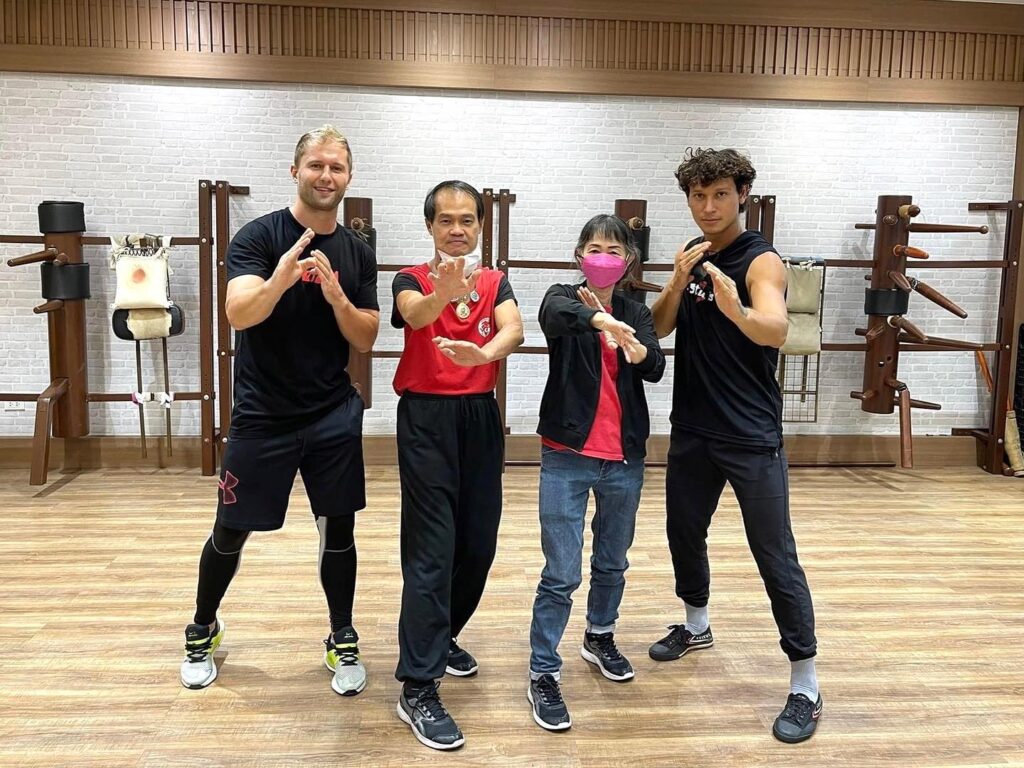 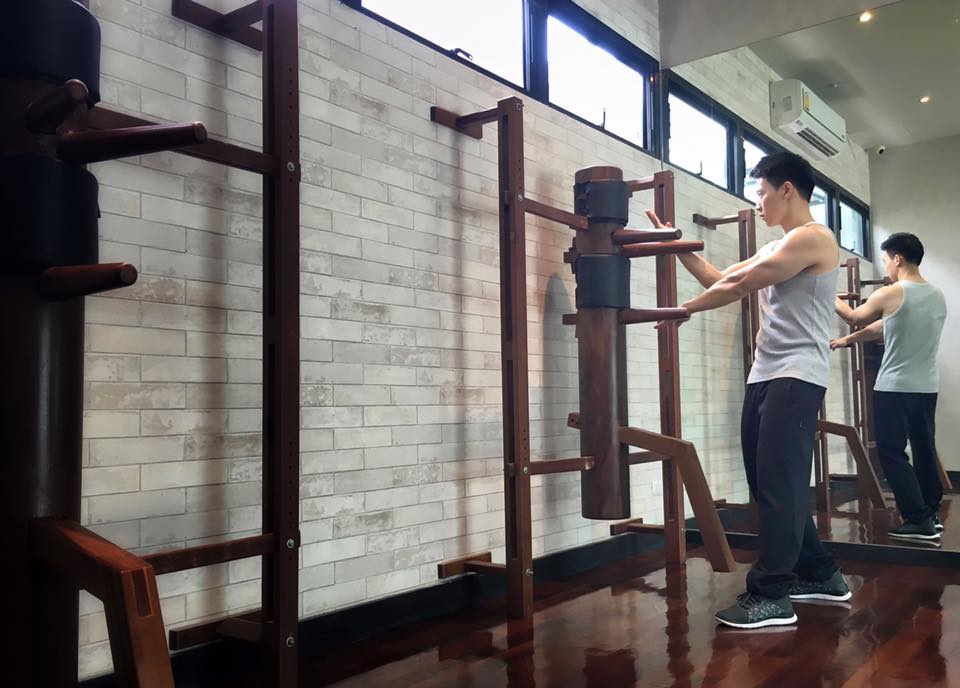 Our modern club boasts the best Wing Chun training experience in Thailand and South East Asia. Open 6 days a week, we provide martial arts, self-defense and fitness classes for all skill levels, abilities and ages. As well as Wing Chun, you can choose different training programs, including Muay Thai. Come and learn to defend yourself and get fit at the same time!

You’re welcome to hang out and socialize, too:

Our classes and price 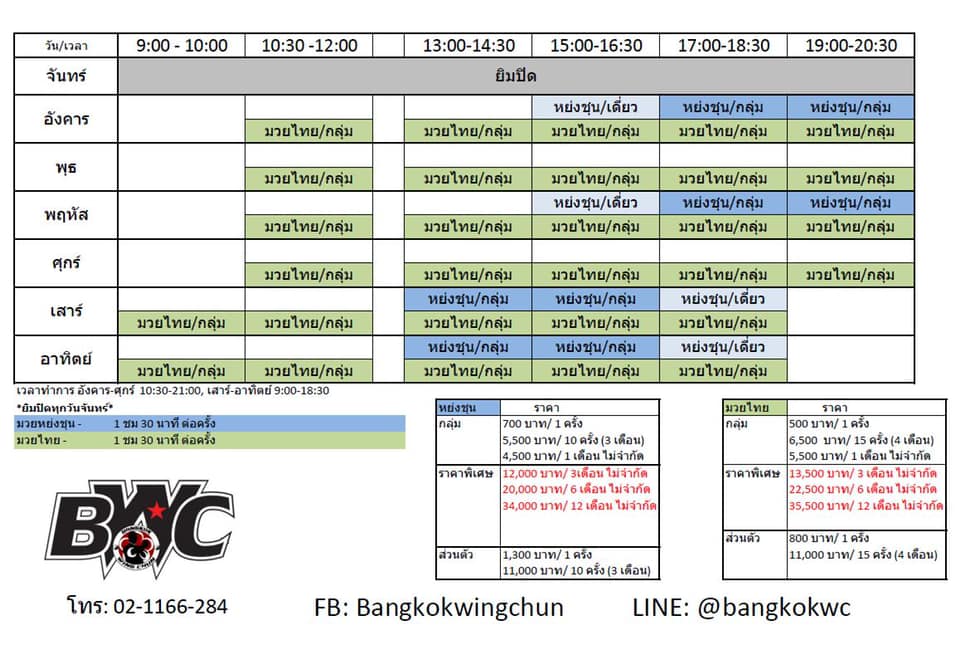 Wing Chun, also known in some countries as Ving Tsun, or Wing Tsun, is a close quarter style of combat that utilizes simultaneous striking and blocking.  Originating in Southern China, Wing Chun was designed to enable smaller, weaker persons to overcome brute force.

Wing Chun emphasizes a strong body stance, likened to a piece of bamboo; firm but flexible, rooted but yielding. This body structure is used to deflect or redirect external force. Within the stance, the arms are positioned across the centerline of the body, protecting the face and vital organs. Wing Chun focuses on efficiency, fluidity and simplicity to defeat an opponent as quickly as possible.

Muay Thai is known as “the art of eight limbs” because of its combined use of fists, elbows, knees, shins and feet. Originally used in actual warfare, Muay Thai quickly established itself as a sport in which opponents fought in front of spectators, usually at festivals and important gatherings.

Thailand's first official boxing ring was built in 1921 at Suan Kularp; referees were introduced and rounds were timed by kick. In the early days rope binding was used to cover the fists, but after a death in the ring, it was decided that fighters should wear gloves and cotton coverlets over the feet and ankles. It was also in this period that the name ‘Muay Thai’ was established for the modern form, with the older style became known as ‘Muay Boran’, a style now primarily seen only in exhibition fighting.

Muay Thai is a physical and mental discipline that prepares practitioners for full-contact fighting, but is also a fun way to lose weight, get fit and build self-esteem and confidence.

Bangkok Wing Chun Club offers Muay Thai lessons to all ages and abilities. Our knowledge, experience and state of the art facilities enable us to offer unique training programs for both aspiring competition fighters and those seeking a fun, sociable health and fitness program.

If you’re interested in training Muay Thai, Contact us today to find out how to get started.